I 'm so excited getting some Kra Prow (holy basil) leaves in from Woodbridge, Virginia. One of our staffs grown this in her backyard. Now, we can get this Kra Prow from our neighbors. So happy. KraProw is not thai basil, these are two different things. 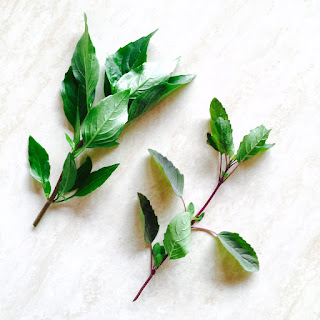 The one to the right is Kra Prow (holy basil) leaves. It is rare to find these leaves in Northern Virginia, Washington DC metropolitan area. I would trade saffron with KraProw. You will find Kra Prow Leave using in Pad KraProwGai- stir fired basil chicken, PoTak- seafood soup topped with kra prow( a cousin to Tom Yum soup), PadKeeMow- drunken noodle, just to name a few. The one to the left is Thai basil leaves. Thai basil has good flavor when stir fried with meat of any kind. But mostly it is used for garnish. It releases herby oil over fried garlic chili on the heat. KraProw, on the right, will give even more complex smell and flavors. It gives you basil flavor plus hay and a little spice. KraProw is so good and it is not thai basil, these are two different things.


Here is my take on Kra Prow Gai : 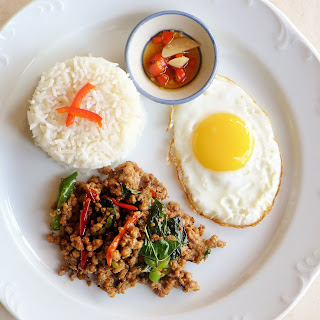 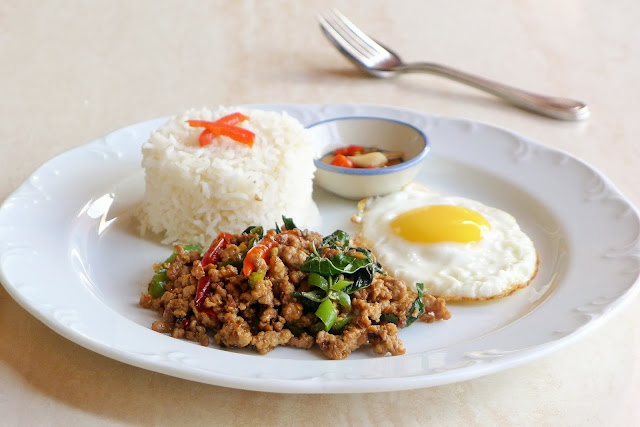 Continue from the last post...
This is my take on pad thai recipe. What I put here is my preferences. The recipe call for either fresh or dried noodle. In this recipe, I preferably use fresh rice noodle over the dried one. I wanted the end result fresh and chewy noodle. Nothing right, nothing wrong, it's all about our personal preference. If you could find the fresh pho noodle, use it. The fresh pho noodle is best for pad thai. You pay a little more, but it will paid off in the end. We will pre-made the sauce before hand. Pre-made sauce will make cooking pad thai easy and delicious. I hope you enjoy the taste of pad thai made with this recipe. 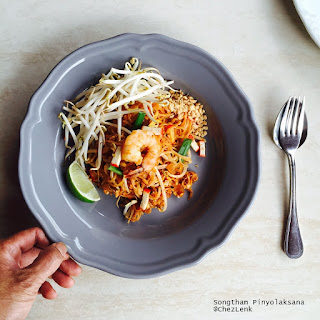 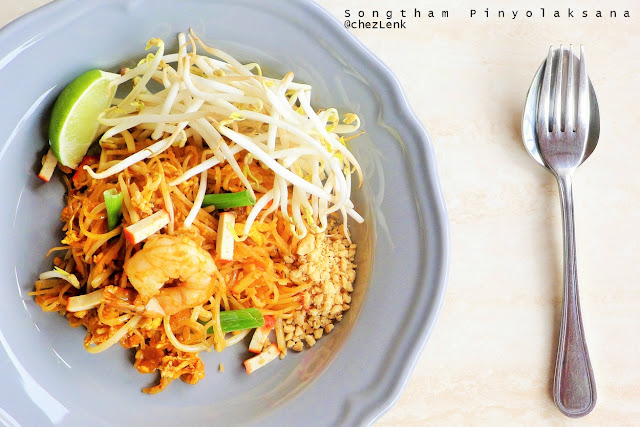 Tips
1. Use fish sauce that made in Thailand. Squid fish sauce is recommended.
2. When cooking Thai food, the measurement of ingredients are vary.
3. Consult Thai friends for help on cooking and ingredients.

Enjoy eating,
@chezLenk
Posted by Unknown at 4:21 AM 7 comments: 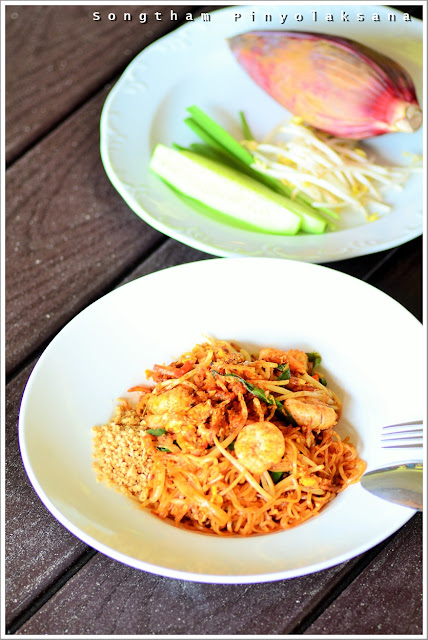 There are so many pad thai recipes out there. Each individual recipe has its own unique flavor reflecting the taste of the cook. I had my first pad thai way way back to my very young age. The first pad thai was colorless. I remembered watching, a pad thai vendor, Pa Uan (aunty Uan) cooked her pad Thai using fresh thin rice noodle on a charcoal stove call Tao Ung Lo. She had never in hurry. I saw a lot of people waiting on the line waiting for a simple but yet delicious thin rice noodle slowly cooked on the wok. It took total half of an hour to get an order of pad thai from Pa Uan. It was wrapped in green banana leaves and a sheet of newpaper jacket. Years later, I remembered another pad thai vendor popped up her pad thai stall not far from Pa Uan. Pe Boon (sister Boon) was making pad thai slightly different from the iconic vendor in a small town. Her pad thai had color added into it. Her reddish pad thai cooked on gas stove and using dried noodle that soaked and drained before cooking. The new comer's pad thai became popular shortly after start up. Pe Boon made pad thai sauce before hand. The pad thai lover line up and the waiting time at her noodle stall was cut more than half, but more count of the wraps had been done.

When did you hear about pad thai.
I first heard history of pad thai long time ago. But when I have to put together in writing, I have done some research for its accuracy. This is what I have found. Pad Thai history began in the between 1938- 1957. Thai government under field marshal Plaek Piboonsongkarm, the 3rd prime minister of Thailand, wanted to modernized the country during the World War II. His strategy was set to demonstrate the strength and unity of Thai. A part of his strategy included developing and distributing a thai noodle, Pad Thai, with completely Thai food profile across the nation. This noodle was replacing the popular chinese noodle sold in Thailand by chinese migrated to Thailand at that time. You can find out more following the links in references below. I found all the articles point to Piboonsongkarm's era and even the recipe had been developed in his kitchen. We have to thank you him of introducing pad thai to not only his people but Thai food fan around the world. I wouldn't be surprised, if I heard Pad Thai Piboonsongkarm in the future in recognize of his name. 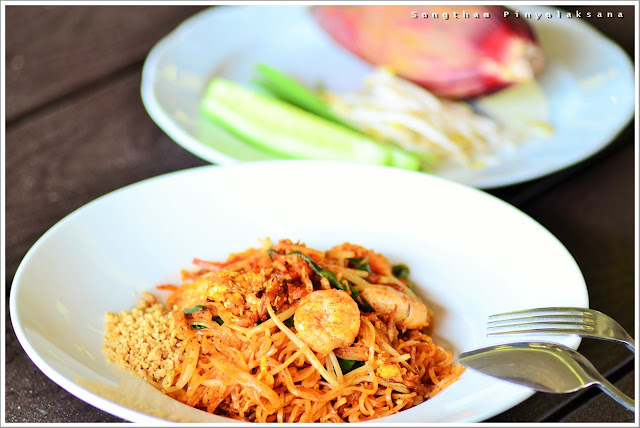 This is my take on pad thai recipe. What I put here is my preferences. The recipe call for either fresh or dried noodle. In this recipe, I preferably use fresh rice noodle over the dried one. I wanted the end result of fresh and chewy noodle. Nothing right, nothing wrong, it's all about personal preference. If you could find the fresh pho noodle, use it. The fresh pho noodle is best for pad thai. It's a little costly but it will paid off at the end. (in my opinion) We will pre-made the sauce before hand. Pre-made sauce will make cooking easy and delicious Pad Thai. I hope you enjoy the taste of pad thai made from this recipe in the next post.

Made in China
The strange and potentially stolen origins of pad Thai
http://qz.com/198860/the-strange-and-potentially-stolen-origins-of-pad-thai/